<
>
GOD IS GREAT... SO I DO NOT HAVE TO BE IN CONTROL
Great - God is Bigger, Mightier, Stronger than any other person or situation in the universe.
​He controls all things, knows all things and has absolute power.

GOD IS GLORIOUS... SO I DO NOT HAVE TO FEAR OTHERS
Glorious - The word Glory means “weighty” - of utmost importance, a person of powerful influence,
whose opinion matters most. Someone who is worth worshiping… is that how you see God?
​
GOD IS GOOD... SO I DO NOT HAVE TO LOOK ELSEWHERE
Good - How would you describe something that is sooo Good? Think of a food you tasted, a deep friendship
that has lasted years, a movie that you got lost in. Something that is Good, satisfies us (for a while).
We have this constant desire to be satisfied. God is everything that is Good.
​
GOD IS GRACIOUS... SO I DO NOT HAVE TO PROVE myself
Gracious - means 'to favour' or ‘to show kindnesses’ to someone who doesn’t deserve it.
It is ‘the action of being compassionate.’
​

The truth about God shapes who we are and what we do...

There is a kingdom, where all are welcome.
Those who are citizens never need to prove themselves or justify themselves
...It has already been done on their behalf.

They carry no guilt. They carry no shame
...it has been carried by another.
Yet, they will never need to re-pay the one carrying their burden
...and they couldn't even if they tried.

The citizens are accepted, treasured and given purpose,
Not because of anything they have done or haven't done,
But simply because their King loves them.
He pursues them. He saves them and renews them daily.

They find fulfilment, that lasts longer than a season.
They need not look anywhere else to be satisfied.
In their pain, he comforts them.
​When betrayed, he identifies with them.
Through suffering they are never alone.

This King see his citizens as his own children, like family.
​Each one adopted, into undeserved inheritance.
This Kingdom is here right now, but not fully seen.

To any who desire this Good King to transform their hearts,
The Kingdoms gates wide open.​
God made all things to reflect his character, power and creativity.
​But he made us, uniquely in His image.
Designed with purpose, created for his plans.
He the loving father, we the treasured children.

But we want to be God and daily turn our hearts from the life giver.
​Yet He Pursues us and made a way to redeem his Image bearers.

Because of Jesus, our hearts can turn to the life giver.
We can live as we were originally designed, empowered by His Spirit.
With God as loving Lord of every area of our lives.

Followers of Christ can confidently say... 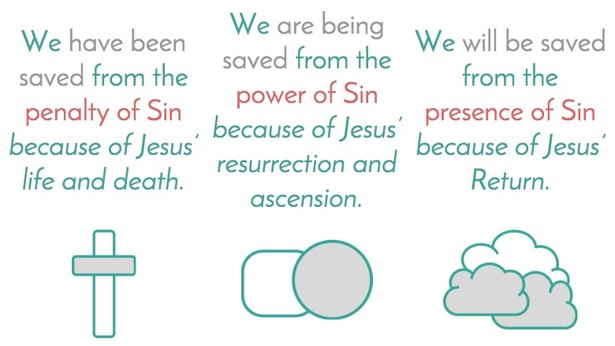 And Jesus wants all his image bearers to be experience the fullness of his life.
He has called us to be part of His great story.
Step in. Play the part you were created for.

Just as God pursued our stubborn hearts through his son Jesus.
He wants to pursue the lost through the leading of his Spirit.

Not to Judge people,
Not to "correct" people
or even to "fix" people

...But to Love them regardless of their actions
and to point them to God's truth.

That is our role.
That is the true meaning of being the church.
His spirit transforms hearts and builds His kingdom.
We get to Bless and Serve others because we have been infinitely
blessed and served through the love of our saviour Jesus Christ.

Now that is Good News.